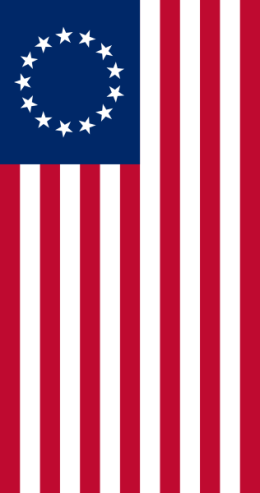 Hello again, readers! Today I’m taking a break from our regularly scheduled Writing Prompt Wednesday to continue looking at the founding documents of the United States, in honor of Independence Day.

On July 4th, we looked at the Declaration of Independence, which declared to the “powers of the earth” that the thirteen Colonies would “assume” a “separate and equal station” alongside them. Today we’ll move forward in time a bit, from the birth of America’s Independence in 1776 to our nation’s first attempt to turn a collection of small-‘u’ “united States of America” (that’s how it’s actually written in the Declaration) into the entity we call the United States of America in 1781.

While we don’t normally think about it, there was a constitution before there was The Constitution that we know today. Called the Articles of Confederation, they were ratified in 1781 and held the country together in a loosely-bound “league of friendship” for almost a decade.

When the Articles were drafted, the grievances the newly-independent Colonies had with the British Empire were still quite fresh, and so there was a very real feeling that each state in the Union should retain as much freedom from interference as possible. In order to do this, the Articles of Confederation created a weak form of government where each state in the Confederation was granted powers not expressly delegated by the Articles to the national government:

Article II. Each state retains its sovereignty, freedom and independence, and every Power, Jurisdiction and right, which is not by this confederation expressly delegated to the United States, in Congress assembled.

In addition, the Articles granted free movement of citizens and commerce between states, extradition powers for fugitives, and “freedom of speech and debate in Congress.” It also restricted the ability for states to enter into treaties with other governments, but allowed states to create agreements with each other with the approval of Congress:

No State, without the consent of the United States in Congress assembled, shall send any embassy to, or receive any embassy from, or enter into any conference, agreement, alliance or treaty with any King, Prince or State; nor shall any person holding any office of profit or trust under the United States, or any of them, accept any present, emolument, office or title of any kind whatever from any King, Prince or foreign State; nor shall the United States in Congress assembled, or any of them, grant any title of nobility.

No two or more States shall enter into any treaty, confederation or alliance whatever between them, without the consent of the United States in Congress assembled, specifying accurately the purposes for which the same is to be entered into, and how long it shall continue.

Interestingly, there was only one branch of government under the Articles of Confederation, the Legislative branch, embodied in the Congress of the Confederation, which was the highest national office. There was a President, called the President of the United States in Congress Assembled, but his abilities were incredibly diminished, since all of his duties were performed at the direction of the Congress.

There was no national court system, and laws passed that affected all states could not be enforced. Funding of the national government came from the states themselves, who often refused to pay, leading to a crisis in which promised payments to the Continental Army were unable to be made. Rhode Island and New York refused tariffs (basically taxes) on imported goods, which would have helped fund the government.

And it is in these issues that the problems of the Articles of Confederation (and, one can argue, the issue with ANY confederation) become apparent: without a strong national government, the “United” in United States of America was little more than a nice name and an unrealized ideal.

By 1786, it was decided that something had to be done to improve the situation. While it was initially hoped that revision of the existing Articles would be sufficient, eventually it became clear that the requirement of unanimous agreement for amendment made it impossible to actually revise the Articles to any degree of satisfaction. Thus, the Constitutional Convention began in Philadelphia in 1787.

Rhode Island, ever the political gadfly it seems, boycotted the Convention.