Who are you? What is this place?

Glad you asked! My name is K R Parkinson, and Write Full Circle is my personal writing blog. I have been writing fiction in my spare time since 2008, and landed my first professional gig in 2013 as a staff writer for AdventureGamers.com, where I write video game news and reviews.

I have written numerous short stories that I’m only now considering letting loose into the world, so I still think of myself as fairly “new” to the Craft. I’d be lying if I said this blog isn’t intended to serve as a platform to make my own work available to others, but I find that the most interesting blogs put such self-serving promotion in the backseat, or at least give it a comfortable side-car to ride in.

My ultimate desire for this project is to be a place where writers, especially those just starting out, can sit back and read about the experiences of someone who has been, and remains, “in the trenches,” and hopefully find something to help them expand as writers. The digital age has given writers the opportunity to tell deep, engaging stories in entirely new and unexpected ways through interactive entertainment. While Write Full Circle will always find its basis in traditional, non-interactive forms of storytelling (short stories, novels, film), I want to go beyond that to explore the incredible diversity of narrative experiences that the 21st century has to offer, so expect occasional detours into topics such as video games and other types of interactive fiction.

Along the way, you’ll find out what projects I’m currently working on, hear about what I’m currently reading (and playing), and generally have the inside track on what it’s like to be a writer.

It’s a play-on-words that comes from my dislike for high daily word quotas.

Juggling the desire to write with family and other responsibilities made the 1000-word goal that I see so often recommended for beginning writers discouraging rather than inspirational. Frequently, my desire to fill it by any means necessary resulted in “word diarrhea” so ugly even a mother couldn’t love it – and if there was ever an easy audience to please, she’s it. So, I started writing a “Full Circle” of 360 words every day instead, and found it to be a goal that’s easy to maintain for beginners, but meaty enough to develop the habit of writing every day.

It’s also a nice, pithy shorthand for the goals of this blog, which is to transcend traditional narrative forms and explore the new storytelling paradigms that technology  has opened up to writers and creators.

Yes, it does, which is why I wouldn’t subject you to that. Besides, you don’t really want to see the literary equivalent of sausage being made, which is what daily writing invariably is.

What’s that weird coffee-stain thing in the header? Don’t tell me that’s your attempt at drawing a circle…

That would actually be an ensō, a visual concept and symbol in Zen Buddhism. It has many meanings, but at its most basic, it symbolizes development and the beauty of imperfection when left incomplete, and it can symbolize the perfection that is attained despite (or because of) present imperfections when the circle is completed.

Those who know me well know that I love symbolism, and I feel that the ensō is a wonderful visual representation of the writing craft, and artistic endeavors, generally. The Write Full Circle ensō embodies the idea of completeness in the closed circle, the imperfections that still remain in the ends that do not meet, and the continued pursuit of perfection is symbolized by the ends passing each other, the outer point free to continue on forever.

See, I told you it wasn’t a badly drawn circle…

So what’s the upshot, Jack?

Well, if you’ve made it this far, thanks for sticking around to learn a bit more about me and this blog. Whatever your reason for stopping by, I hope that you found a reason to stay and browse a while. I look forward to sharing my writing journey with you.

And remember to Write Full Circle every day. 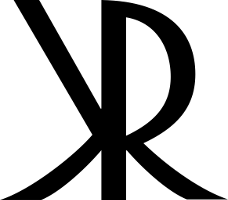 One thought on “About Write Full Circle”